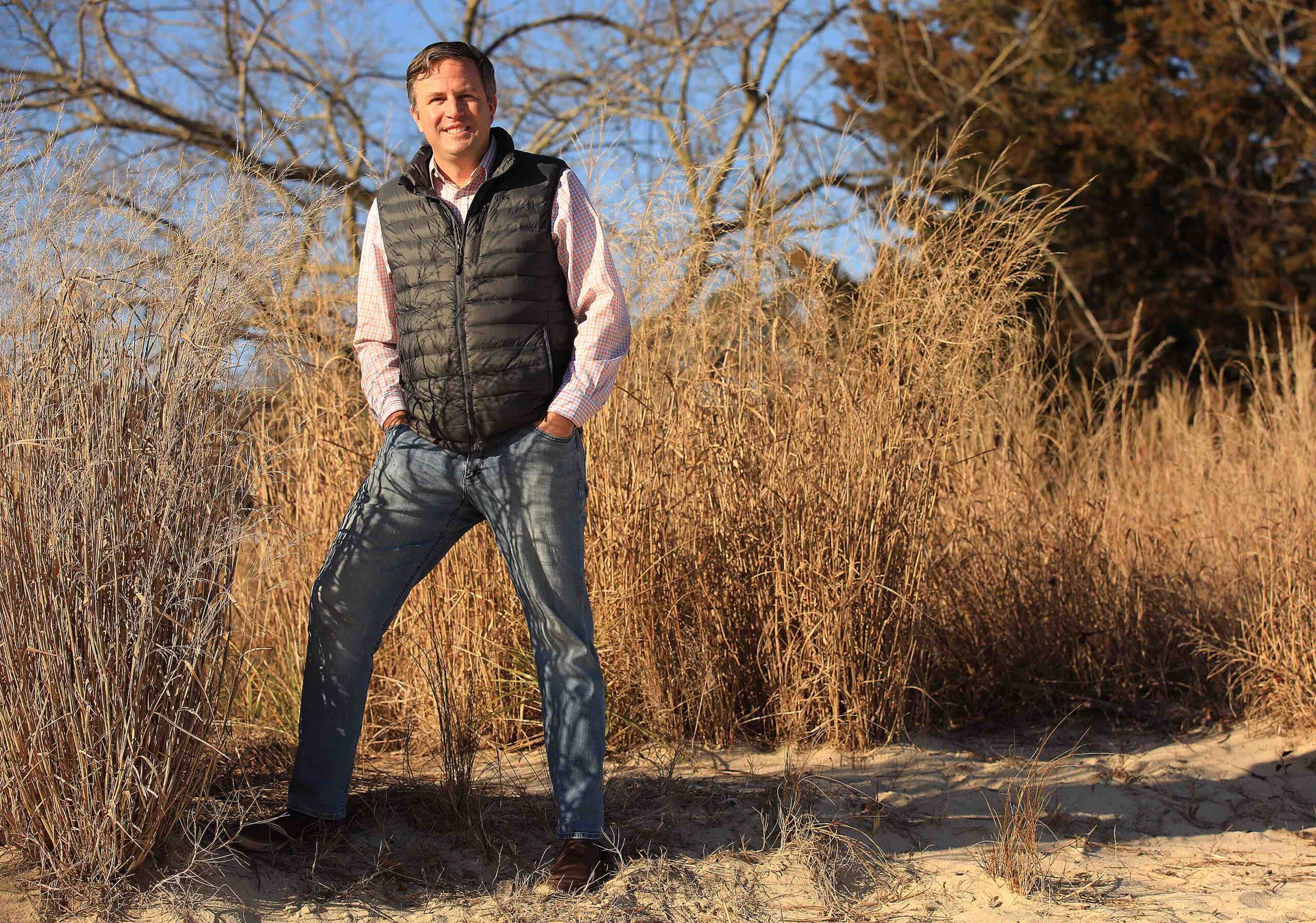 “My passion is rural coastal Virginia,” said Curt Smith, who grew up in the seaside town of Wachapreague in Accomack County. “I am grateful for the opportunity to work for these folks and these communities. I feel like I am one of them, and I am thankful to represent the Middle Peninsula and do good things for those who live and work there.”

“I met Lewie very early in my tenure there,” Smith said. “He has been both an excellent teacher and a mentor to me for a long time.”

“The Eastern Shore and the Middle Peninsula face some similar challenges,” Lawrence said. “Curt brings a wealth of expertise and knowledge to this position. We share a dedication to improving the economic, social and physical development for Virginia’s Middle Peninsula businesses and residents.”

The MPDPC has launched a series of new initiatives this year, including this Fight the Flood program to connect property owners to contractors and funding streams to protect their property from rising flood waters and Bay Direct, an online marketplace to connect people who want to buy seafood and agriculture with the men and women who harvest it. The MPPDC is also designing what will be a locally administered dredging program in addition to multiple economic development and environmental initiatives.

Smith holds a graduate degree in coastal geology from East Carolina University and a Bachelor of Science in Geological and Earth Sciences from James Madison University.

While science intrigues him, Smith said he is best suited to be in a position to create the opportunities that research supports.

“I’m trained as a coastal geologist,” he said. “Dating back to my time in graduate school, it became apparent that the research I was doing didn’t move the needle like I thought it should. My interest is in connecting the science to government, which is what this position allows me to do.”

Simply put, Fight the Flood connects property owners to contractors who can help them protect their property from rising flood waters and the financial tools available to fund those projects.
LEARN MORE

Start the process of getting access to grants, loans and other financial assistance through the Fight the Flood program by submitting your information online.
SUBMIT NOW

Have a business that can help property owners fight the flood? We want to hear from you. Contact us to learn how to get your business included in the Fight the Flood program.
HELP NOW
Want to Fight the Flood in Your Community?

Download more information here about how to bring this program to your coastal community.